At the centre of any royal or celebrity engagement today is “THE” ring, that we all wait in baited breath to see. Not much has changed in time, with media of the past eager to get the first look of the stone that now sits on the ring finger.

We’ve looked back at some of the most iconic engagement rings in history, that are just as are unique as the women who have worn them.

Not a stranger to an engagement ring or short of diamonds, Elizabeth Taylor was married a staggering 8 times. Her third husband Mike Todd was the one who presented her with the biggest rock, a 29.4-carat emerald-cut diamond, and the rock is so huge that apparently Taylor adoringly referred to it as her “ice skating rink.

Another icon married multiple times, Marilyn Monroe was presented a gorgeous platinum eternity band – complete with 35 baguette-cut diamonds by her 2nd husband Joe DiMaggio in 1954. Technically this was her wedding band, as he spontaneously proposed with no ring, and gave her this when they wed 2 days later! This ring’s understated and simplistic elegance is exactly why the style is still popular today.

Charles, Prince of Wales, proposed in 1981 to Lady Diana Spencer with a 12-carat oval blue sapphire, cut into facets, and surrounded by fourteen halo solitaire diamonds on a white gold band. Diana chose the ring herself!

Prince William gave his mother’s ring to Kate Middleton when he proposed in 2010, bringing Diana into their marriage journey. When Kate received the ring, it was slightly too big for her, so the ring was resized from size I to H. They did this by placing small platinum beads inside the ring’s band.

This iconic ring is so popular that we were even asked to hand craft a ring for a customer inspired by this Sapphire beauty. 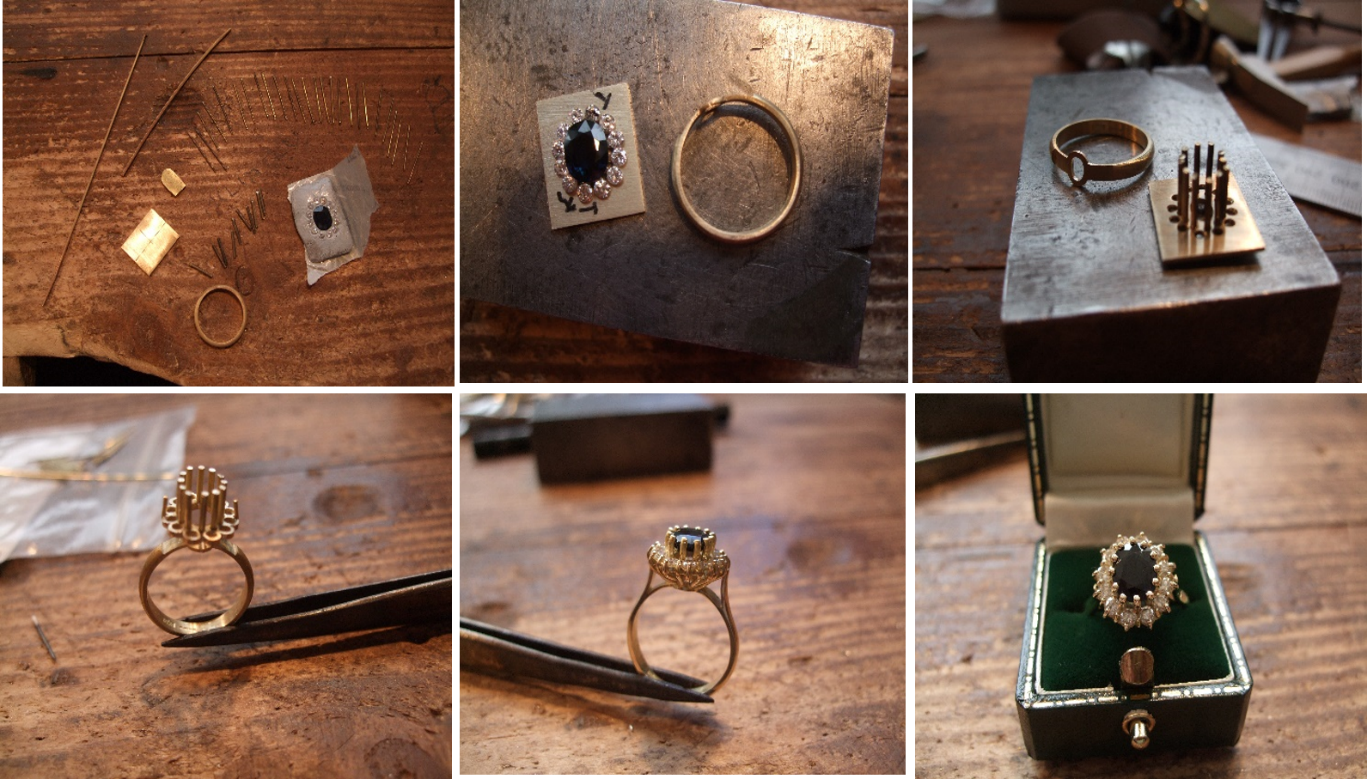 When John F Kennedy proposed to Jackie Bouvier in 1953 he knew his bride had a particular love for emeralds and didn’t disappoint with the vintage art deo style ring. Featuring a 2.88-carat diamond alongside a 2.84-carat emerald, both gems are surrounded by clusters of tapered baguette diamonds. If this ring wasn’t spectacular enough, an extra 2.12 carats of round and marquise cut diamonds were added to the ring in 1963.

Elvis, “The King” got on one knee and proposed to Pricilla with a three-and-a-half-carat diamond ring, with 20 surrounding detachable diamonds from a Memphis jeweller.

Feeling inspired to create your partner a one of a kind ring or even create it together? Get in touch and arrange your free consultation!

This website uses cookies to improve your experience while you navigate through the website. Out of these, the cookies that are categorized as necessary are stored on your browser as they are essential for the working of basic functionalities of the website. We also use third-party cookies that help us analyze and understand how you use this website. These cookies will be stored in your browser only with your consent. You also have the option to opt-out of these cookies. But opting out of some of these cookies may affect your browsing experience.
Necessary Always Enabled
Necessary cookies are absolutely essential for the website to function properly. This category only includes cookies that ensures basic functionalities and security features of the website. These cookies do not store any personal information.
Non-necessary
Any cookies that may not be particularly necessary for the website to function and is used specifically to collect user personal data via analytics, ads, other embedded contents are termed as non-necessary cookies. It is mandatory to procure user consent prior to running these cookies on your website.
SAVE & ACCEPT